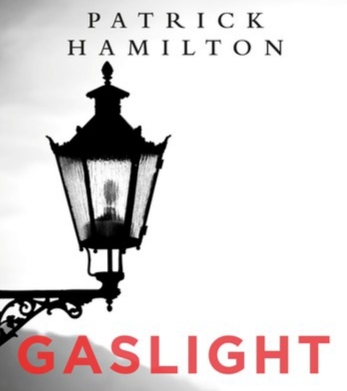 First round auditions for “Gaslight” by Patrick Hamilton will take place on:

Please email contact@nodramatheatre with your preferred date for audition and the character/s you would like to audition for. You will then be provided the audition texts for your chosen character/s.

Read on for for full character descriptions as provided by Malcolm Bolton (Director).

Mr Jack Manningham
Age: Mid 40’s.
Tall, Handsome and perhaps a little too well dressed. His manner is suave and authoritative with a touch of mystery and bitterness”
(Directors note : Actor needs to be able to morph from smouldering-ly charming to verbally imposing in a heartbeat)

Mrs. Bella Manningham
Age: Early to Mid 30’s.
A strong woman who has been so worn down by her abuse that all her primary defenses have disappeared. She is a character who makes the best of a bad situation. “She has been good-loooking, almost a beauty – but now she has a haggard frightened air which tell of sleepless nights, and worse.”
(Directors note: Whoever portrays her needs to exhibit a worn down pride)

Detective Rough
Age: Between 40-60
Wiry, active, friendly, overbearing. He has a low warm chuckle and completely dominates the scene from the beginning.
(Directors note: Whoever portrays him should be able to demonstrate years of experience in the field, his jovial nature, professional tenacity and breadth of knowledge. Almost a Poirot style character. Kind and sagely, but able to act when it matters)

Elizabeth (The maid)
Age: Between 35 and 50.
Amiable, subservient
(Directors note: Loyal to a fault, Elizabeth is a shrewd and invaluable help to Bella. She is kind, but takes no nonsense, I see her as a quiet observer of abuse who takes what opportunities she can to ease Bella’s burden)

Nancy (The maid)
Age: Early to mid 20’s
She is a self conscious, pretty, cheeky.
(Directors note: The Manningham’s slightly less loyal servant. I see Nancy as being fed up of life in the Manningham household. She wants to see the world. She wants excitement….anything to pull her out of the unfulfilled humdrum life she is currently experiencing.)

Please send your applications to kate.cosgrave2@mail.dcu.ie with subject line “Kate Crackernuts Audition”, indicating which day you would like to attend and your preference for two roles max (doubled roles count as one slot, but you may not be called to read for both halves of a doubled role).

You may also be asked to read in for other characters at the audition.

Kate – Female
Kate is the mightiest cleverest person around. Practical Kate will set out to solve a problem, however unsolvable it may seem.

Paul – Male
A sick young man. Formerly an eloquent young man. Falls victim to vice in search of comfort after the death of his glorious mother. It’s taking its toll.

Paul’s voice – Female
All the better parts of Paul that don’t want to be lost by him. This is a highly physical and sometimes abstract role.

Headless Sheep – Any gender
A sheep, searching for a head and being very poetically Shakespearean about it. A storytelling role.

Anne – Female
Kate’s step-sister. An unmatched beauty and unrivaled romantic. No good at solving her own problems.

Father – Male
Paul’s father, a well-off Kingly type with as many good intentions as gold coins, but out of sane ideas to help his ailing son.

Wilhema – Female
A bouncer you don’t want to mess with.