Wednesday 13th at 4 Dame Lane No Drama Theatre are hosting a table quiz to fundraise for our next production Irvine Welsh’s Ecstasy.
It’s mostly a quiz on film and tv but there will be some General Knowledge and regular rounds too.
We’ll have many raffle prizes.
We’ll also be trying a few new things at this one to make it a little different.
It’s €10 euro per person and you can either get yourself a team together (4 or 5 max please) or come along yourself and we’ll put you with a team.

Magical paraphenalia and forests cost money and these days witches are requesting the latest labels……. 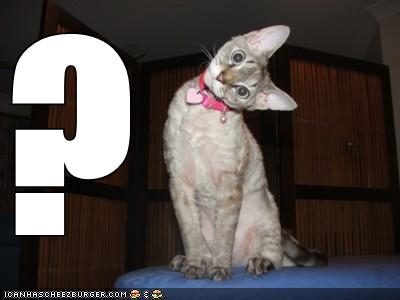 In light of this (and our need to boast about how smart we are) we’re holding a Table Quiz on Wednesday the 20th October in 4 Dame Lane at 7.30pm to fundraise for our next production Terry Pratchetts ® ‘Wyrd Sisters’.
Come along and show your support (€10 per person) There’ll be awesome raffle prizes (for the “not-so-clever-but-still-lucky” peeps) and you might even have some fun. Or just point and laugh at our MC Alan Rogers.
If anyone would like to donate any prizes you can drop any of us an email.

Hopes and emotions were high as the nominations were read for the first ‘NoDramies’ awards ceremony. There were smiles, there were tears, there were laughs and there were cheers! There may also have been a lot of flaunting of rear ends, but that’s a Declan different story for another day…

And the winners are:

1. Favourite Workshop Moment.
“Really dead” Tom Murphy, for playing a perfectly inanimate corpse in the… er… corpsing exercises!
2. Best Male Rear!
Declan “Oops I appear to have dropped something…” Ryan
3. Best Female Rear!
Angela “The Wiggle” Carlin
4. The Alan Rogers Participation Award.
Alan “Ubiquitous” Rogers
5. Bravest Carousel Performer.
Vonnie “Don’t make me do it” Durran
6. Best Accent (performing accent!)
Kate “Coifee” Feeney
7. Most Likely to take their top off!
“Almost naked” Shane Robinson
8.Least Punctual Award.
Barry O’Donovan… when he turns up to collect it…
9. Best on-stage kiss
Ruairi/Noelle in Old Saybrook
10. Best Laugh.
Brendan “Chortle” Dalton
11. Most Likely to end up in prison after a night out.
Shane “It wasn’t me!” Robinson
12. Most Likely to be the next James Bond
Dave “Suave” McGowan
13. Most Likely to be the ‘next’ Cate Blanchett.
“Ethereal” Sarah Moloney
14. Most Likely to appear in Fair City.
Neil “I hate you all for this!” Curran

as they say, is that! Another term over. Queue everyone missing one another (and the workshops!) like crazy over the summer break. But fear not people! The workshops will return with a bang on August 16th, when everyone will be re-invigorated and raring to go, when we’ll all be slightly more tanned* than before, and looking even more lovely than before!

There will of course continue to be the Laughalot Improv nights in The Duke, on the last Thursday of the month, and we’ll post more on that nearer to the time of the next show.

Dont forget lovely people, voting ends today for the No Dramie Awards. Most categories are still all to play for so if you feel there is someone outstanding who deserves a mention or you think someones ass is the best looking thing since chocolate was invented then get your votes in!

Who was involved and why, maybe it was a specific improv scene.

Exactly what it says.

An award for those folks who take part in Everything, y’know like Alan Rogers..

Maybe its that person who charges in headlong every time not knowing where they are going to go, or maybe its the one who only takes part occasionally but is terrified every time!

Be it in a workshop, a play ( or just playacting), who’s got the vocal talents?

7. Most Likely to take their top off!

You know who they are…

Who can we always depend on to turn up… eventually.

Couple of candidates for this, there were several snogs in the last few productions, but if foks puckered their lips at a workshop ( as part of the workshop!) you can vote for them here too.

The loudest, heartiest most distinct or just the most prolific. Who has the best laugh

11. Most Likely to end up in prison after a night out.

No Drama nights out at particularly legendary. who is the life and soul of the party?

12. Most Likely to be the next James Bond

Suave, sophisticated and always ready with a witty retort. Which nodrama member is most likely to land a role as bond.

13. Most Likely to be the ‘next’ Cate Blanchett.

Elegant, talented and holder of a ring or power.. ( I mean an oscar). Who do you think could step into her shoes?

14. Most Likely to appear in Fair City.

Who could reach the heady heights of Carrickstown?

Thats it. send your nomination for each category to secretary@nodramatheatre.com.

7. Most Likely to take their top off