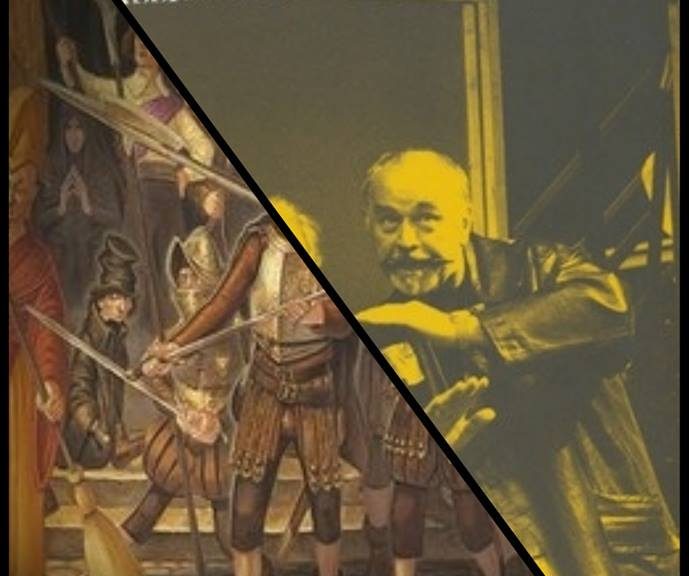 November is all about Scene Creation and we have found some of the finest workshop facilitators to engage you with this theme!

In tomorrow’s workshop, we’ll be workshopping 3 scenes – just like we would in a rehearsal. The main scenes will be from: The Stephen Briggs adaptation of Terry Pratchett’s Night Watch and Noises off by Michael Frayn.

We’ll be looking at a little bit of everything, touching as many different sides of creating a scene and we expect everyone will find something of value in this workshop. 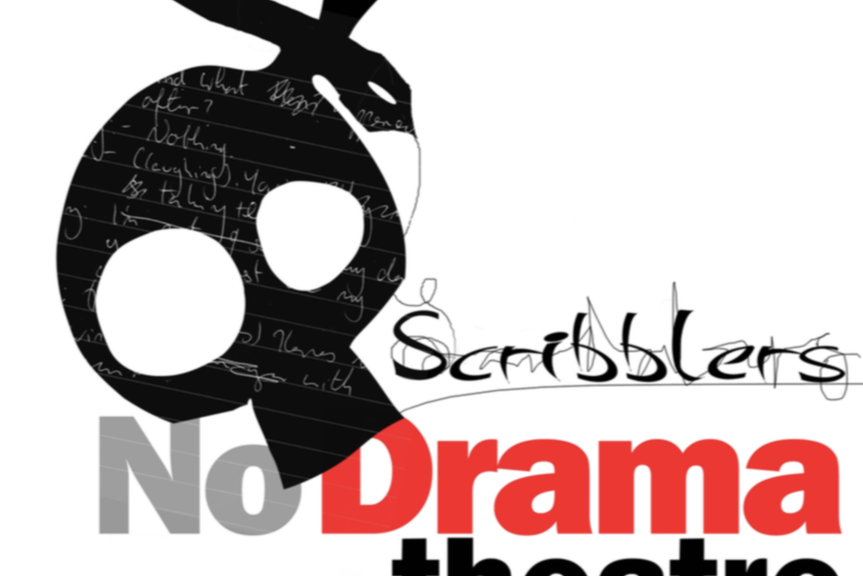 Enter the No Drama Scribblers!

The Scribblers is a writers group which is mainly (but not strictly) for writing for theatre. Currently, we meet every second and fourth Monday of the month at 7.30 pm. In these sessions we do short writing exercises, see if people are looking for feedback or help, share recommendations and more.

It doesn’t cost a thing and there’s no commitment.

The overall aim of the group is to provide a welcoming space for writers, both experienced and new, where members can help other members to develop their ideas to produce work that writers can be proud of.

Email nodramascribblers@gmail.com to join or if you have any questions.

I WANT TO WRITE!

It’s that time of year again where after the overindulgence on mince pies, Quality Street and turkey sandwiches have resulted in us craving to kick-start the New Year with something new and exciting to do as a resolution! Or maybe, you just always wanted to try a bit of acting!

Amateur drama is rife in Ireland. There are groups all over the countries from the urban sprawls to rural “post office and pub” villages. We have a passion for the dramatics in Ireland with some of the world’s finest playwrights coming from our humble land. The word “amateur” however is often a bit of a misnomer. Amateur suggests lacking in talent or professional in approach when quite often with many groups, it is quite often the opposite. Running a drama group and staging a production, no matter how small, is a very demanding task for everyone involved and successful drama groups learn very quickly the importance of teamwork, trust and commitment to the goal at hand. While having strong, well cast actors is the key ingredient to putting on a great show, the crew and team play a crucial role in bringing the director’s vision to the stage from being a stage hand or ticket checker on the night to sourcing props or costumes in the run up to a production. Each role no matter how small is a cog in the wheel.
With amateur theatre where many people juggle day jobs, budget and time are your 2 main obstacles.
But hard work aside, it’s great fun and very rewarding.

So why do people join drama groups and what do they get out of it? With No Drama Theatre, we have found members have joined for many reasons such as;

However whether immediately realised or not, members have given us feedback that being part of the

group has also given:

• Boosted confidence and self esteem in other aspects of life
• Great understanding of staging a production and being involved in one
• Improved their communication skills including active listening
• Developed both teamwork skills and the ability to work on initiative
• Introduced them to new and cool friends!

What many people have said is that all of this is achieved through a fun and welcoming environment and because we run workshops twice weekly, personal development is in constant focus.

So this brings us back to the why you might be thinking of joining a drama group, be it No Drama Theatre or another group. I often hear from people or read on messages boards, people asking how they can get involved in drama groups and get to act on stage. The most common reply is, “Do as many auditions with as many groups as you can”. I personally believe that this is not always the best of advice.

Why is this? Well remember what I said earlier about the key factors that contribute to a drama group’s success? The importance of teamwork, trust and commitment. Your first step should be to join a drama group! Many groups are weary of people who only seem to appear around audition periods as it raises a question mark over commitment to the group. The director of a play will always want the best performer for a role, but he/she also needs to consider how the individual will mix with other performers and crew. Will an actor be on time, flexible and committed to the role? No different to a job interview, you can’t convey this in a short audition. However by getting involved in a group, attending workshops, helping out backstage when you are not cast in show, it all adds to the teamwork and spirit of the group.

One of No Drama’s longest members, Tom, once said to me over a pint, that when he was cast in his first play with the group, he was blown away by the commitment and effort put in by the production crew in bring the play to the stage. When it came to the auditions for our next play, Tom wasn’t available to audition and was due to be on holiday before the play would be staged. However Tom felt that it was important to fly home in time for the production to help out backstage when the play was running, to give back to other people what he had received when he was on stage. This kind of action captures the spirit of what No Drama Theatre and many other drama groups around the country are all about. It also helped boost Tom’s director’s and producer’s knowledge of Tom’s abilities and capabilities.

What Can I Expect When I Walk In The Door?

Joining a drama group can be scary. Many people have experienced joining a group only to find its very clicky or difficult to get accepted into the core group. With No Drama Theatre we strive to eliminate the “eliteness” often associated with drama groups and offer a level playing field for everyone. However all the positively affirming written words in the world doesn’t smash those nerves of walking in the door for the first time! But that’s all it takes, a first step. Remember everyone in the group had a first class/workshop at some stage. Have a chat to members, new and old. You’ll find that many people will have had similar reasons to you for joining. And finally and most importantly enjoy it!

Workshops are very important to developing your performing skills. If you aren’t doing formal training with a professional school, acting in plays alone won’t develop your skills to the extent you may think. I have had feedback from members who have said that the confidence and skills learned in our workshops have helped them get cast in plays/TV shows/films outside of No Drama. One of our member commented on an audition outside of No Drama, for a web series, The Covies, where the majority of the audition was to be improvised. He told me that had it not being for the improvisation exercises and workshops he had attended with No Drama, he would not have been prepared for the audition. He got the part too. That’s just one simple example of how beneficial workshops are if you want to develop your skills further.

So to close out, if you want to join a drama group? Go for it!