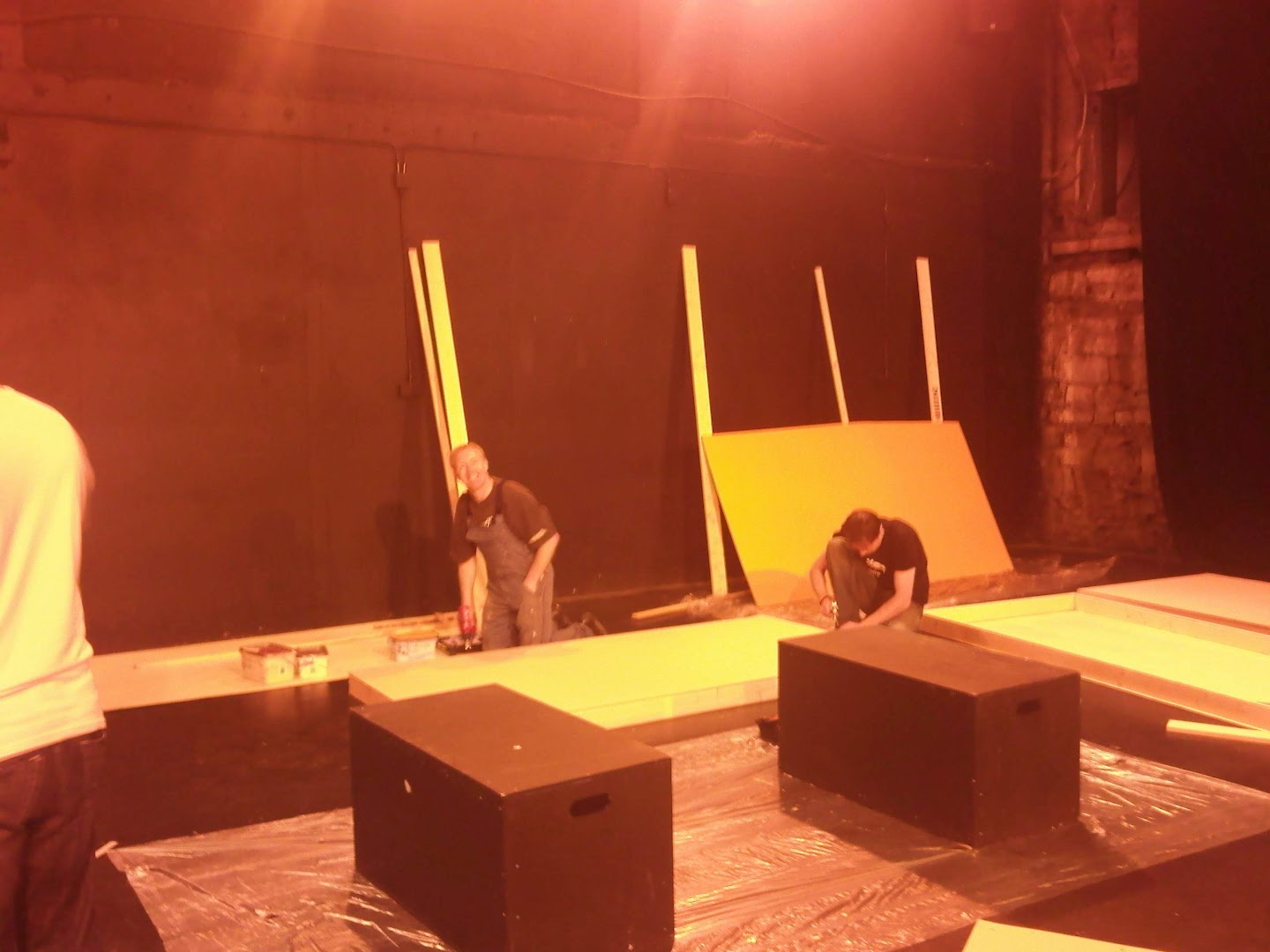 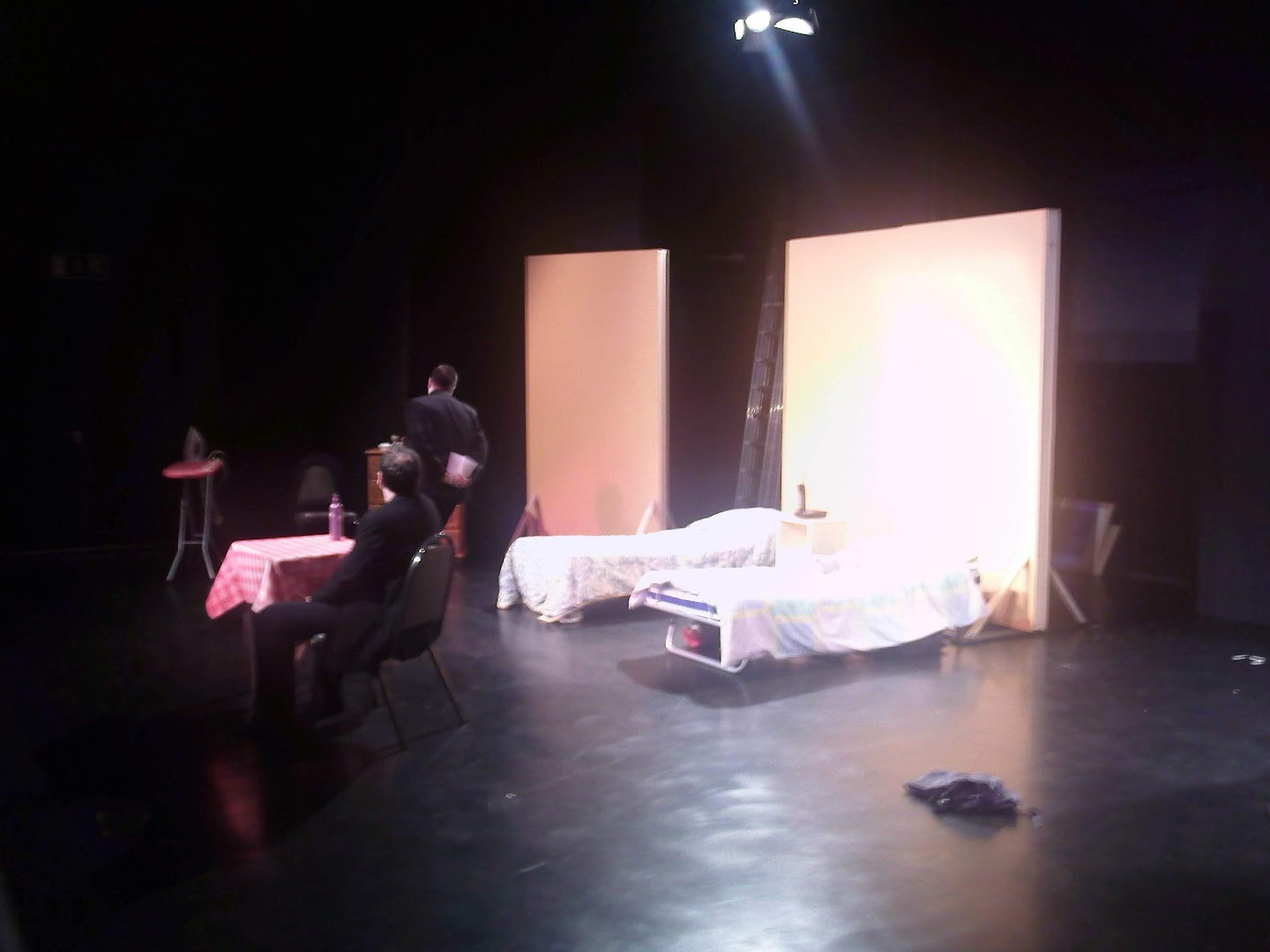 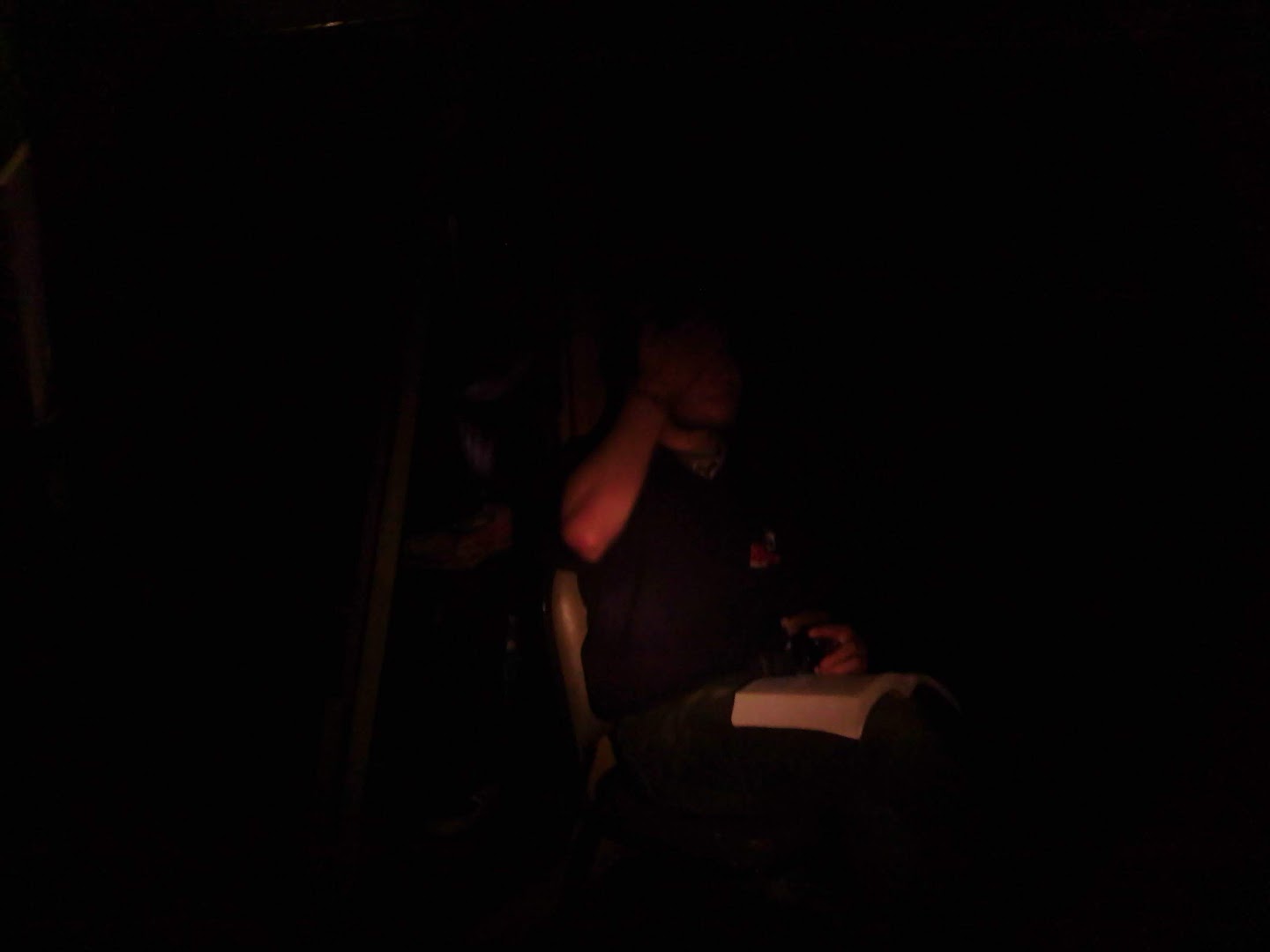 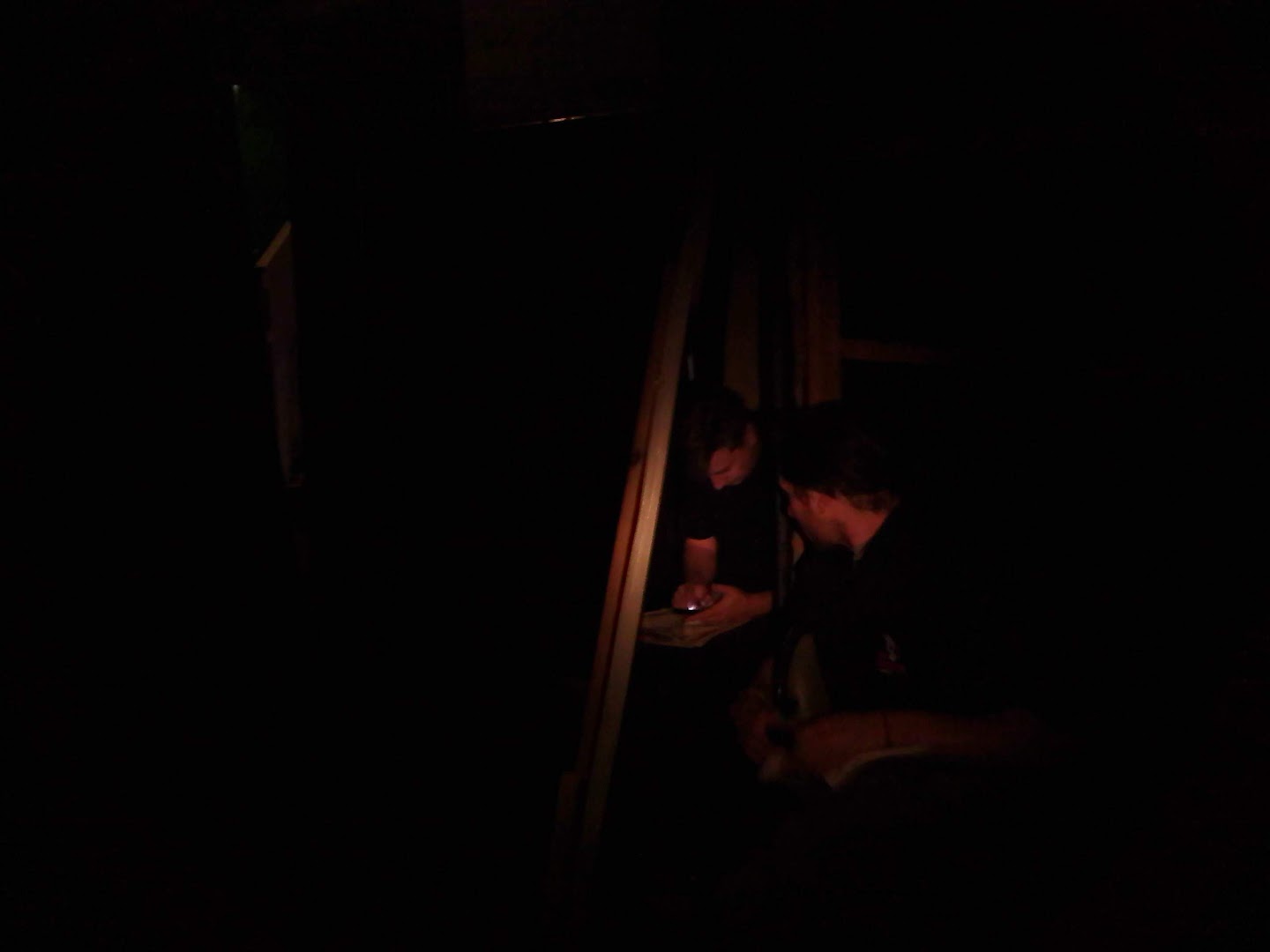 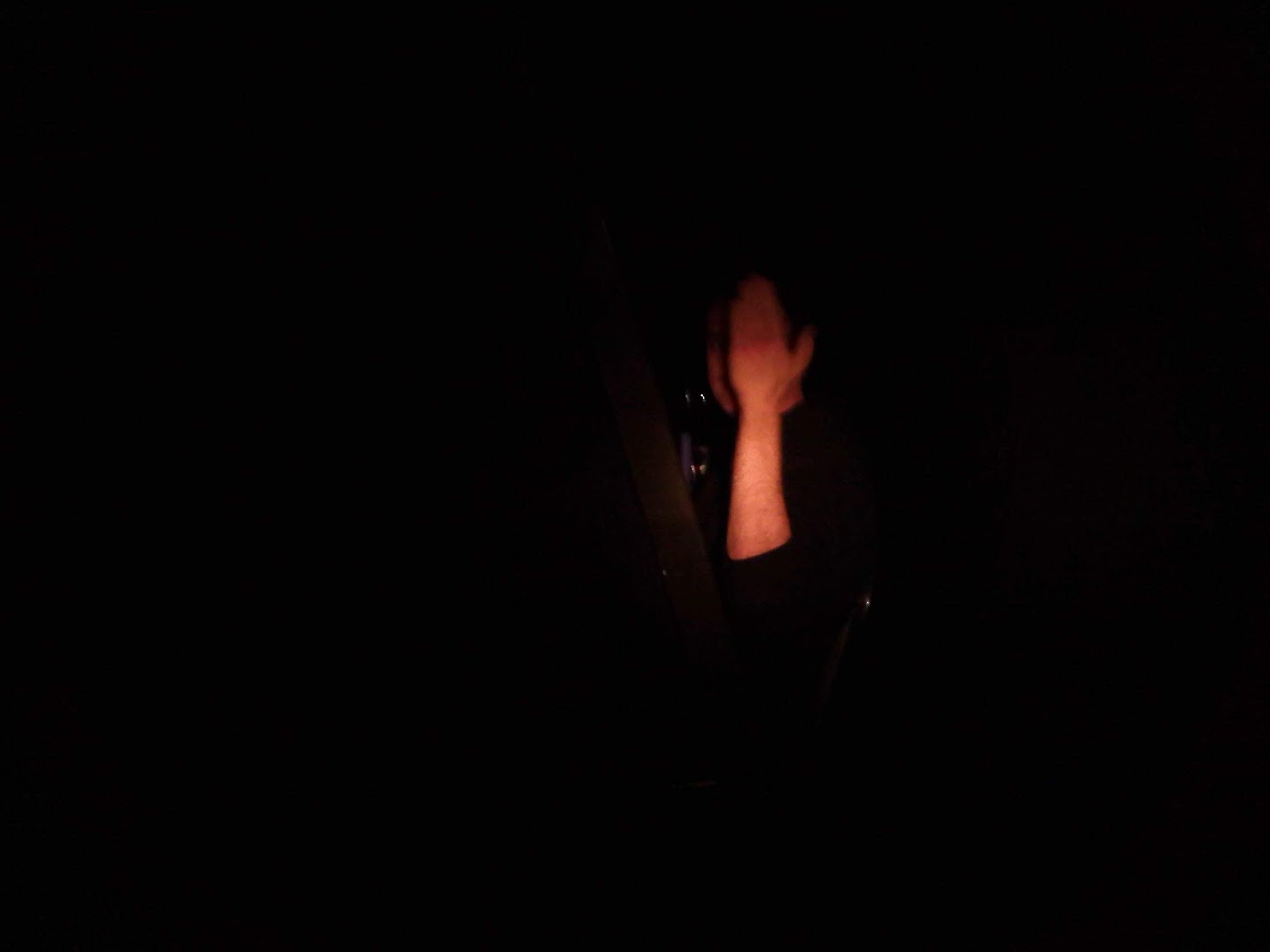 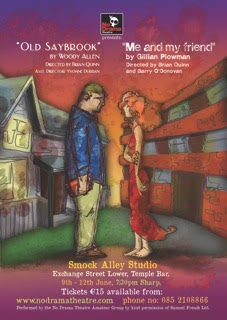 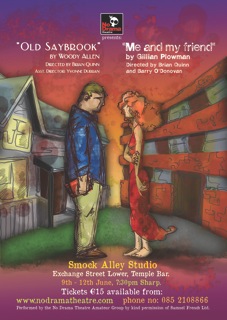 Production: Old Saybroook (Woody Allen) and Me and my Friend (Gillian Plowman)
Date: June 9th – 12th 2010
Venue: Smock All Studio, Exchange St. Lower.
Old Saybrook: Directed by Brian Quinn. Assistant Director: Vonnie Duran
Me and My Friend: Directed by Brian Quinn and Barry O’Donovan
Gillian Plowman’s black comedy Me and my Friend and Woody Allen’s hilarious Old Saybrook united in an evening of soul-searching and tear-jerking laughter.
Directed by Brian Quinn and Barry O’Donovan, Me and my Friend followed four institutionalized psychiatric patients who found themselves on an early release program in two small council flats. In this black comedy, hopes and dreams collided with moments of psychosis and skeletons from the past.
Winding down from the thought-provoking first play, whilst rolling with the theme of complex relationships was Woody Allen’s Old Saybrook. We met an accountant and his wife as they returned to the house in which they once lived. Unfortunate secrets were revealed and relationships rocked in this farcical yet bizarrely topical tale of infidelity, directed by Brian Quinn, assisted by Yvonne Durran.
CAST
(OLD SAYBROOK)
FIONA SLATTERY as Sheila
DECLAN RYAN as Norman
SARAH MALONEY as Jenny
BRENDAN DALTON as David
RUAIRI DE BURCA as Mal
NOELLE O’REILLY as Sandy
(ME AND MY FRIEND)
DAMIEN HOLMES as Bunny
ALAN ROGERS as Oz
ANGELA CARLIN as Robin
GRAINNE O’SULLIVAN as Julia
CREW