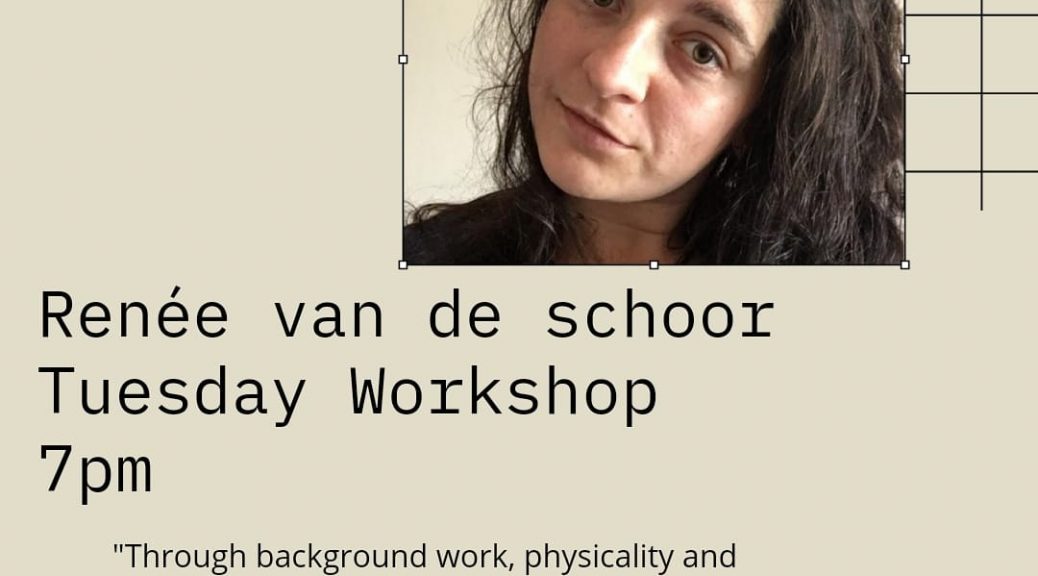 MONDAY IS NEARLY OVER, That can only mean one thing…

This weeks workshop will be facilitated by Renée van de Schoor. We will take all the wonderful things we’ve learned over the last couple of weeks and put the cherry on top of this months theme: characters.

Through background work, physicality and voice we will focus on the interacting between our characters. This will be a fun workshop with loooots of social interaction!

Most recently, she directed ‘Mistaken’ as part of Short + Sweet Festival Dublin and was nominated for a price in the category ‘Best Director’.In September, she started her biggest challenge so far, becoming the Chair of No Drama Theatre in the midst of the current pandemic. Eager not to let it stop us from what we do best! Hope to see you all this Tuesday!

See you all there at 7 bells, you know the drill, zoom link below