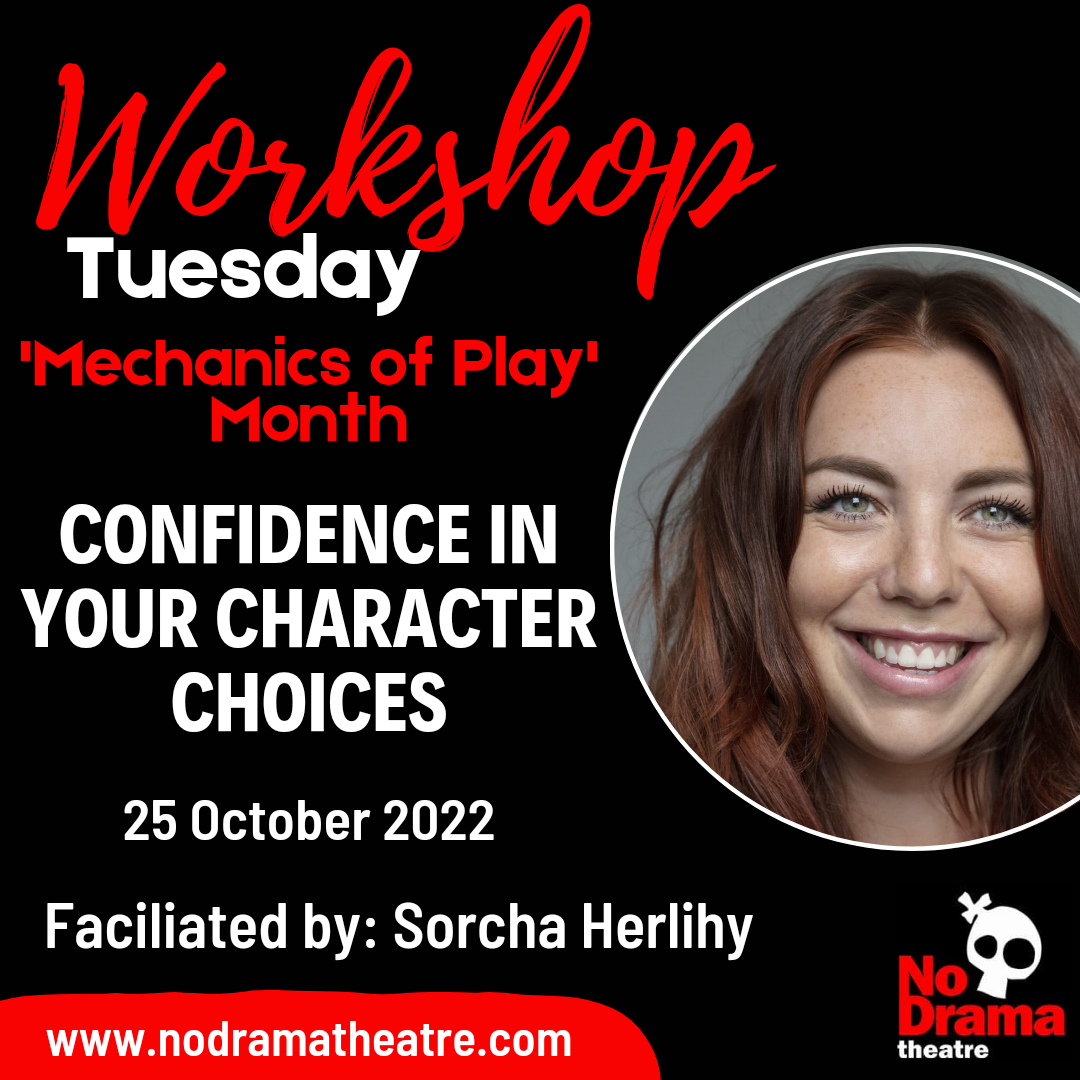 Our final workshop of ‘Mechanics of Play’ Month will be faciliated by the legendary Sorcha Herlihy!

“Confidence in your Character Choices”

A lot of the time when auditioning or working on a character, whether it is the few minutes you have before an audition if you’re just handed a script (which can regularly happen!), the first cold read, or developing the character once you’ve booked the role, can be challenging, daunting and ALOT of overthinking.

In this workshop, we will work with different scenes from film and theatre and use tools and mechanisms that can help you achieve the best performance you can when under a lot of pressure and nerves. We will also be bringing ourselves and our own character to the best of our ability, making our performance as personal and as natural as they can be, which is the magic in the Art of Acting!

Sorcha has been professionally acting since the early age of 12 and has worked on many Film, TV, Commerical, Radio, and Theatre productions. Her most recent credits this year were playing “Trina” in Virgin Media’s CSI, “Izzy” in Rogue Theatre’s production of “Seminar”, “Louise” in a new commercial campaign (released later this month😉) and “The Lover” for this winter’s No Drama production of “Dracula”. Sorcha has been a member of No Drama since 2018 and is delighted to be facilitating this Tuesday’s workshop.

Join us on Tuesday at 7pm, in Bunscoil Sancta Maria, Synge St.